Scaling Lessons from the founder and CEO of OurCrowd, Jon Medved.

We discuss all things strategy for scaling a business, after Jon successfully built one of the worlds largest crowdfunding platforms, OurCrowd. 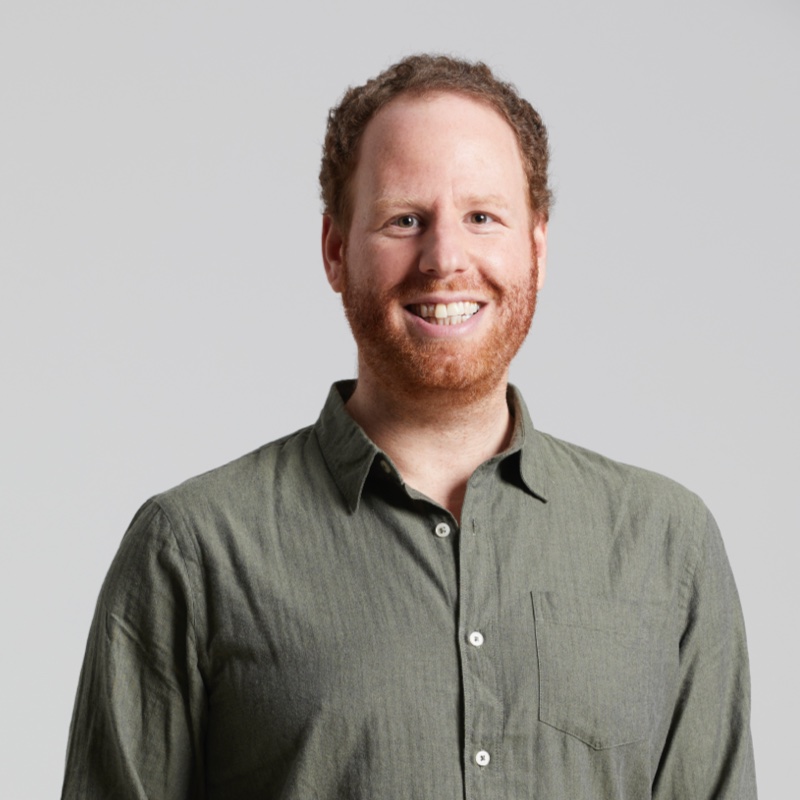 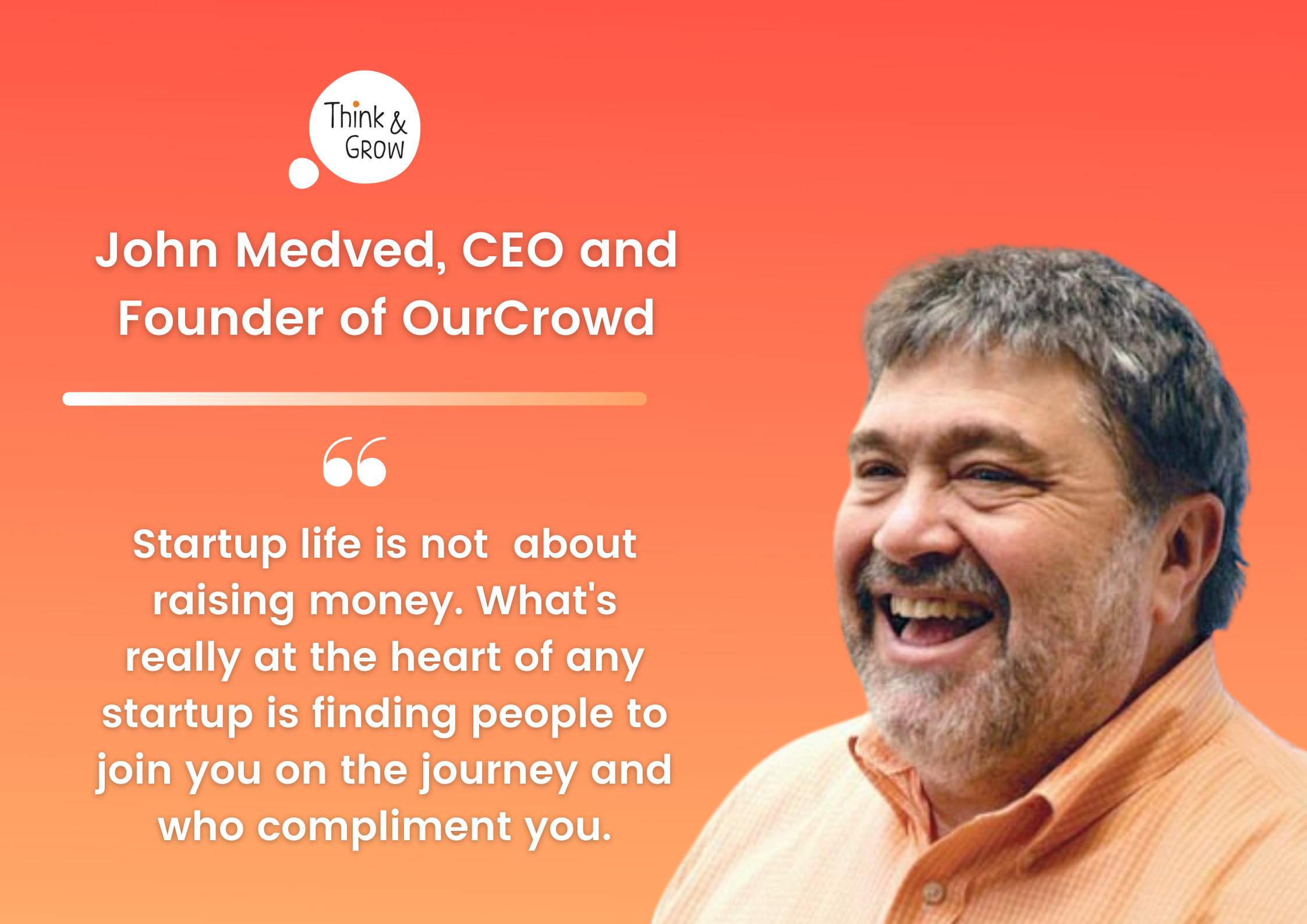 The latest interview in our scale-up series is with the founder and CEO of OurCrowd, Jon Medved where we discussed his strategy for scaling a business. Since founding OurCrowd in February 2013, Jon has grown the business into one of the world’s largest crowdfunding platforms, raising $1.8bn for 280 portfolio companies from a global community of almost 120,000 investors from 195 countries.

Jon shares his most valuable and important lessons when scaling a business, the secrets to Israel’s most successful startup stories and his predictions for the future of the Israeli startup ecosystem.

Lesson 1: Focus on building your management team and getting the right people.

The most important part of startup life is not raising money. What's really at the heart of any startup is finding people to join you on the journey and who compliment you -- luckily, I got that pretty much right. My advice is definitely to focus on the team. Both as a founder in terms of recruiting people, as an investor in terms of helping the founders to recruit people, this is really where the action is.

Key insights for how to attract and retain talent

1.  You’ve got to pay them. If they’ve got the skillset, you’re competing with all the big companies coming in paying huge salaries, whether it's Amazon or Microsoft, Google, so you need to pay up.

2. The special sauce: Equity. You've got to give the people who join you a fair ownership stake in the company. Make them buy into your dream because they are investors too, they're investing their time and their life, which is much more limited and important to them.

3. Some kind of impact element. A lot of young people want to be spending their time solving real problems - they need that feeling that they're part of something bigger than themselves. It could be water quality, food or health, disabilities, the democratisation of finance or helping people get better jobs and get training - there are a million issues.

4. Constantly provide an upwardly mobile path in your company. Act like a junior multinational, train people and let them achieve greater heights and have upward paths into management.

5. When your good people are being poached from the outside: Fight to keep them with better offers and negotiation. If they leave, it's really important to keep them part of your happy alumni team, where they will say nice things about you and continue to help the company with their stock holdings and options because it will mean something in the end. That's actually a very important part of our story - is this growing network of people who worked at OurCrowd.

Lesson 2: The second most important thing -- the money.

They need product-market fit. And that’s hard because to prove that in Australia, you have to prove it abroad too. You need a leap of faith that because the product is working in Australia with a bank or with a couple of customers, it's going to work overseas.

Factors that are going to significantly support that leap of faith and proof abroad is the English skills (there’s no language barrier), this gives you easily-made connections and then companies willing to help. The world is your oyster and I’ve never seen a better time to be building companies and scale them.

Before you take it to the big leagues, you must make sure you’re ready from a customer and sales point of view. If it’s remote then it shouldn’t be any more difficult than supporting a customer locally. But, if it’s a process or strategy that requires hand-holding or face-to-face contact (if such a thing exists in today’s world), then being ready for primetime is essential. Otherwise, you’re in for a world of pain.

Key insights for how to select your first market abroad

It’s a hard challenge because certain places are difficult from a regulatory standpoint. For example, if you’re building a medical company, the US is a wonderful market. But the FDA is daunting. In other words, getting FDA clearance and approval, it's gotten easier during COVID, for emergency authorization. Sometimes the EU with a CE mark is an easier choice.

It also changes with every kind of industry. For example, if you're trying to do automotive security products that are helping autonomous cars to be safe in a world of cyber hacking, you can take it to America, but a lot of companies have done very well with a Europe first strategy - given the advanced nature of German automotive. We had a company called Argus that was bought by continental in Germany for almost $500 million.

There are questions like where is your partner? Where is the market fit? What's the regulatory standpoint? What market makes the most sense to you in terms of the initial penetration? Different solutions work for different kinds of companies. And that's why you need smart people around you, who can guide you and say, this is a perfect entry for this market.

It’s also important to figure out is it B2B, B2C or B2B2C? Then it becomes a whole different issue. In other words, how well do you know your consumers? This has been a very interesting phenomenon to watch in Israel, because the old adage here was, invest in any Israeli company, except for B2C because Israelis don't understand consumers and they're not great salespeople, believe it or not - that's totally different now.

You might have seen that recently, Facebook announced that 38% of their study of Israeli startups are focusing on B2C or B2B2C. They feel that Israeli companies like Wix, Fiverr or Lemonade are ready for tackling consumers and to the extent that you're acquiring consumers no longer in the face-to-face world, where your English accent matters, but you're doing it online. So, your ability to do internet marketing comes into play - which Israel's always been amazing at. So all of a sudden, Israelis are pouring into B2C.

If you’re an Australian founder looking to scale up internationally or if you’re looking for the best talent to augment your team, we’d love to hear from you.

Partner
View all posts by
Hugo

Dan provides his insights for the path to international growth and how the core to success all boils down to the people.

12 Tools to Get the Most Out of Your Remote Organisation

A list of some of the best digital tools available for you to empower your organisations today.