A conversation with Sarah Clark, General Manager Europe of Clearco 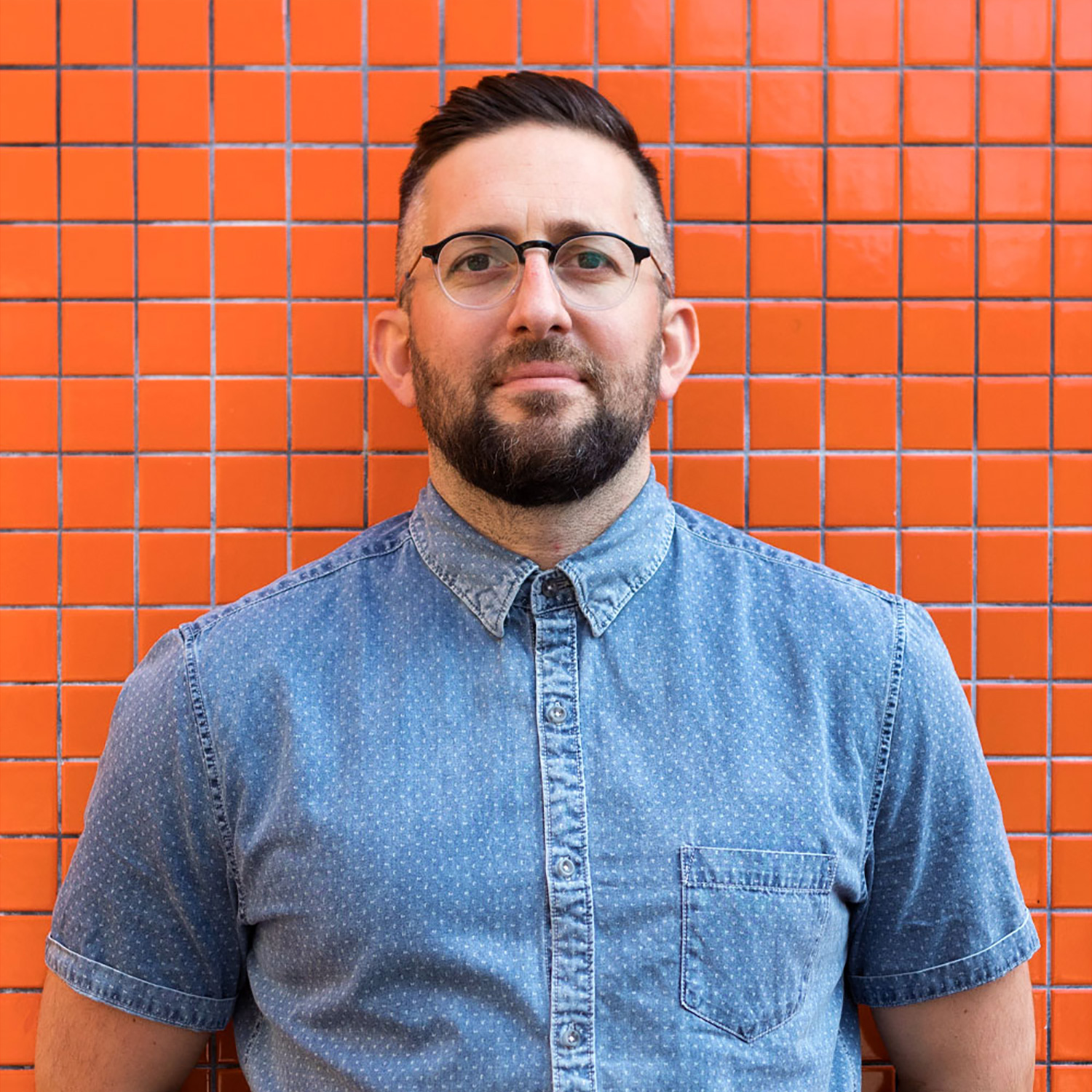 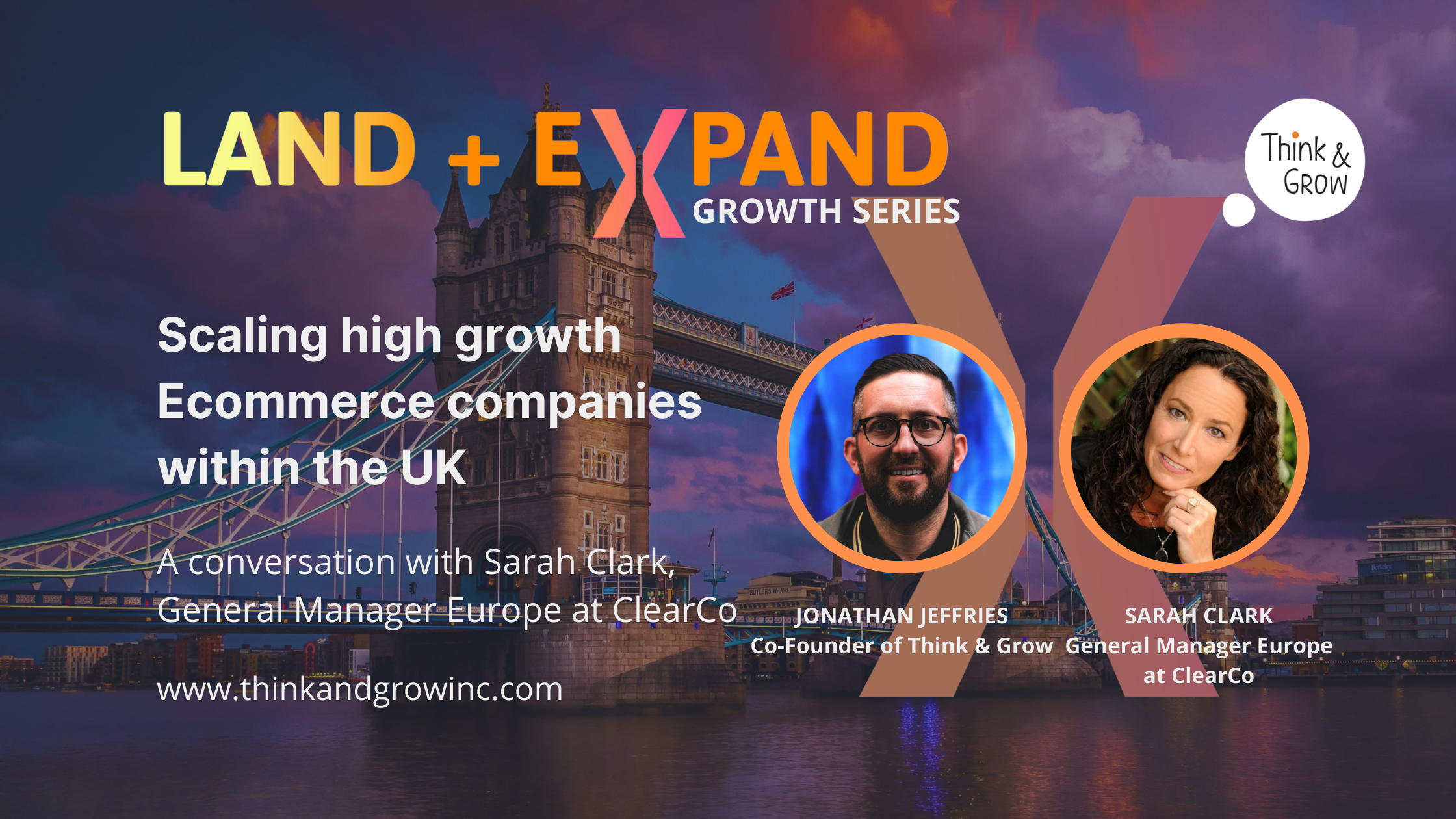 Think & Grow’s Going Global program, in partnership with Investment NSW, is a 12-week intensive education program designed to drive AU high-growth businesses to expand into new and aligned markets in the UK. As part of this, we open up connectivity opportunities included exclusive events and webinars for them to ask questions and learn from seasoned experts from around the world.

We, along with our current FinTech cohort, had the pleasure of learning from Sarah Clark, General Manager at Clearco. With a seriously developed career history in some of the world’s most successful companies, Sarah gave such a valuable conversation from an expansion and hiring point of view that we had to share the highlights. Also expect to hear market and expansion insights for founders from Think & Grow’s co-founder, JJ.

Sarah: So, my background:

JJ: How would you describe the way startups conduct themselves in the UK and how do they compare to other markets that you've been in, like the US?

Sarah: The US is one ginormous market, the entire value of the US market is almost exactly equivalent to all of Europe and it’s all one currency and language so scaling can be easier there. In Europe, it's a good deal more challenging because you are dealing with different languages and regulations depending on the industry. For example:

‍
"at Clearco we have different kinds of competitive landscapes in different markets. The UK is intensely competitive when it comes to revenue-based finance, we have close to a dozen competitors, which is more than they have in North America. But in a market like Germany, which is a huge e-commerce market, there are virtually none. So, how you demonstrate differentiation is an important consideration."

JJ: As we know, it’s not just a black book that comes from one HQ, so quite often it’s that black book which worked well for you in one market, won’t bring you the same success in another. Given your experience at PayPal and managing such a large proportion of multiple countries, what were the adjustments you’ve had to make and the scaling questions you’ve had to ask yourself about a localised market?

Sarah: To give a bit of background, when I was at PayPal, the product development was centralised in California and there were only four markets that got most of that development, especially the new innovations: Australia, the UK, Germany and the US. It was rare that markets like France, Spain etc got the same new product innovations as these four. My sales team were frustrated that they weren’t getting the same bells and whistles, so I had to reframe that problem to say that we didn’t need those bells and whistles to compete.

Our focus and efforts were on those areas where our product had a strong product-market fit and where we had a winning proposition. When I went to my colleagues in the US, it wasn’t for bells and whistles, it was for basic functionalities like local currencies and local banking connections, which meant a lot to our customers and the bells and whistles generated virtually no revenue, whereas the core stuff did - we actually outperformed the business as a whole.

JJ: When expanding from Australia to the UK, a lot of times, the UK market is 10, 30, 50x bigger than Australia, so how do you think about the humans that you need away from HQ but where there’s going to be a bigger market than HQ?

Sarah: From a Clearco perspective, with Toronto being the main centre of gravity for the business, what I’ve built out over the last 12 months in Europe has been very heavily focused on sales. We have nearly 70 salespeople based up in Dublin and I have a commercial team of about six, which is primarily focused on partnerships and marketing whilst all our dev team remain in North America. Europe for Clearco is already 30% of revenues.

JJ: Wow, that’s huge - and when you’re a new entrant into a market and if you’ve got the right sales drive can you win quicker than your HQ because you’re solely focusing on sales not product-market fit?

Sarah: That’s probably part of our success. We hired an amazing sales leader in Dublin, who runs it like an absolute machine, it’s sales all day every day for them which helps.

JJ: We've been telling founders in our workshops to make sure that when you're ready, you hire that localised hire because the penetration is so great compared to the founder flying in, flying out every quarter and trying to get some signification stuff done, which just doesn't stack up in a country that big.

"Especially when you’ve got timezone challenges, that can make it virtually impossible from a partnerships side because you’re needing to engage with those partners regularly and flying in and flying out isn’t going to cut it with extreme timezones. In my experience having boots on the ground, even if it’s a small army of people, having those people who are connected to the ecosystem and who understand the market is absolutely important."

JJ: It’s a difficult dynamic when a business is early to mid-stage, it's expanding on the ground into a new market and it hasn't won revenue yet. So its product that it’s won in its home nation tends to be off relationships that exist in some way, shape, or form. Then when you go and hire like a big-ticket item, in the sense that you've done it before, you've got the scar tissue, you're fully capable of fronting up from a press and a deal negotiation viewpoint, from a building out the team, setting up the P&L etc. How do founders need to think about letting go and sharing responsibility to someone that's got at least 10 years of experience wanting to take their country leadership role and thrive? What will allow that person to be successful?

Sarah: It’s a challenging dynamic certainly. At Lootcrate I spent the first month of the job in California at HQ and they confessed never going to Europe, so they had zero knowledge of any of the markets. They were already selling to Europe but it was in US currency, only in English so unsurprisingly, they weren’t very successful at that time.

At Clearco, their plan was to sell directly out of Toronto and as a proud Canadian I’m super proud to grow a Canadian business, but I was shocked just because Clearco’s hires were Canadians who had never been anywhere! Just to give you an example, I had to explain that Ireland wasn’t part of the UK and you know, that’s a politically sensitive topic - it just makes me weep for Canadian education. So, part of it is just respecting the knowledge that that person brings, you've hired them to localise the value proposition for that market, they have a network and you must utilise that.

JJ: What we have found in international scar tissue requirement, from a VC and aesthetic level, and the need if you're gonna go global, but also from functional experts within your business that may be multinational by heritage, birth, privilege, or experience… The fundamental basics of having people that understand the markets that you're going into and the way that the softer language tones can change, just physically being global citizens, makes a massive difference without even adding in the scar tissue that you’re talking about with you PayPal or Clearco experience.

[Webinar attendee question]: How do e-commerce markets differ, if at all, in markets in the UK compared to anywhere else?

Sarah: A couple of things to know about e-commerce in the UK:

JJ: We’ve found that the quality of talent at an earlier stage in the UK around sales is more competent and better value for money and its return in that early bracket of two to five years experience, where they've got a capability and a willingness to get above the rest and really fight for the deals. Is that something that's still there?

Sarah: Of those candidates that we hired into Dublin, their ramping period was about 60% of what it is in North America. So, they get up to speed a whole lot faster and are more productive on a per head basis than their North American counterparts. They are also cheaper than in the UK, so that’s why the big boys like Facebook and Google put their back-office admin and a lot of their SMB sales teams up in Dublin. That also means it’s quite a good pool to go fishing in to pick up candidates and we’ve certainly seen the fruit of that in our expansion.

JJ: It’s something we see in the market - you don’t need to be based in London, you might have a country manager there. Then the close proximity for Europe as a whole for customer success, which is commonly based out of Dublin, or a popular hub now is Lisbon in Portugal. The bigger business is teaching these people how to do the job at a base level like a Google and then migrating them across at an early stage. So, you can really nail having a crack at the Europe and UK markets just by having a central figure in London where there’s a lot of good talent and spread your hub out.

But, you’re saving around 20-30% on sales headcount from Australia in entering the UK and as you’re saying, saving another 10% in having a sales squad in Dublin. Then you can see how quickly you can stretch your budgets and increase the amount of SDRs or cold calling outreach people that you have.

[Webinar attendee question]: Sarah, you mentioned you had experience closing markets, could you elaborate on that?

Sarah: Sure, well I’ve had some horror stories. So, just to say this as more of a cautionary tale that regulation is real when you’re looking at sexy, shiny new markets. With the UK it’s not too bad, it’s usually a fine, but in places like Turkey - which is where I had my terrifying experience - it’s jail time. So, make sure don’t put that stuff on the back burner as you scale into different markets.

To find out more about Think & Grow’s Going Global program, get in touch with jj@thinkandgrowinc.com.

Co-Founder
View all posts by
Jonathan

Getting Started With Values

Relocating From Abroad? Important Things To Think About

Bryn shares some of his thoughts and findings of the various things to consider when moving abroad.

Dan provides his insights for the path to international growth and how the core to success all boils down to the people.

Providing Founders, Investors, Employees and Job Seekers with the data they need to understand what fair compensation means.

How To Hire Talent That Doesn’t Exist

Can a marketing manager fly a drone? Will a financial controller use an AI script? Which farmers should learn to code?