How To Hire Talent That Doesn’t Exist

Can a marketing manager fly a drone? Will a financial controller use an AI script? Which farmers should learn to code? 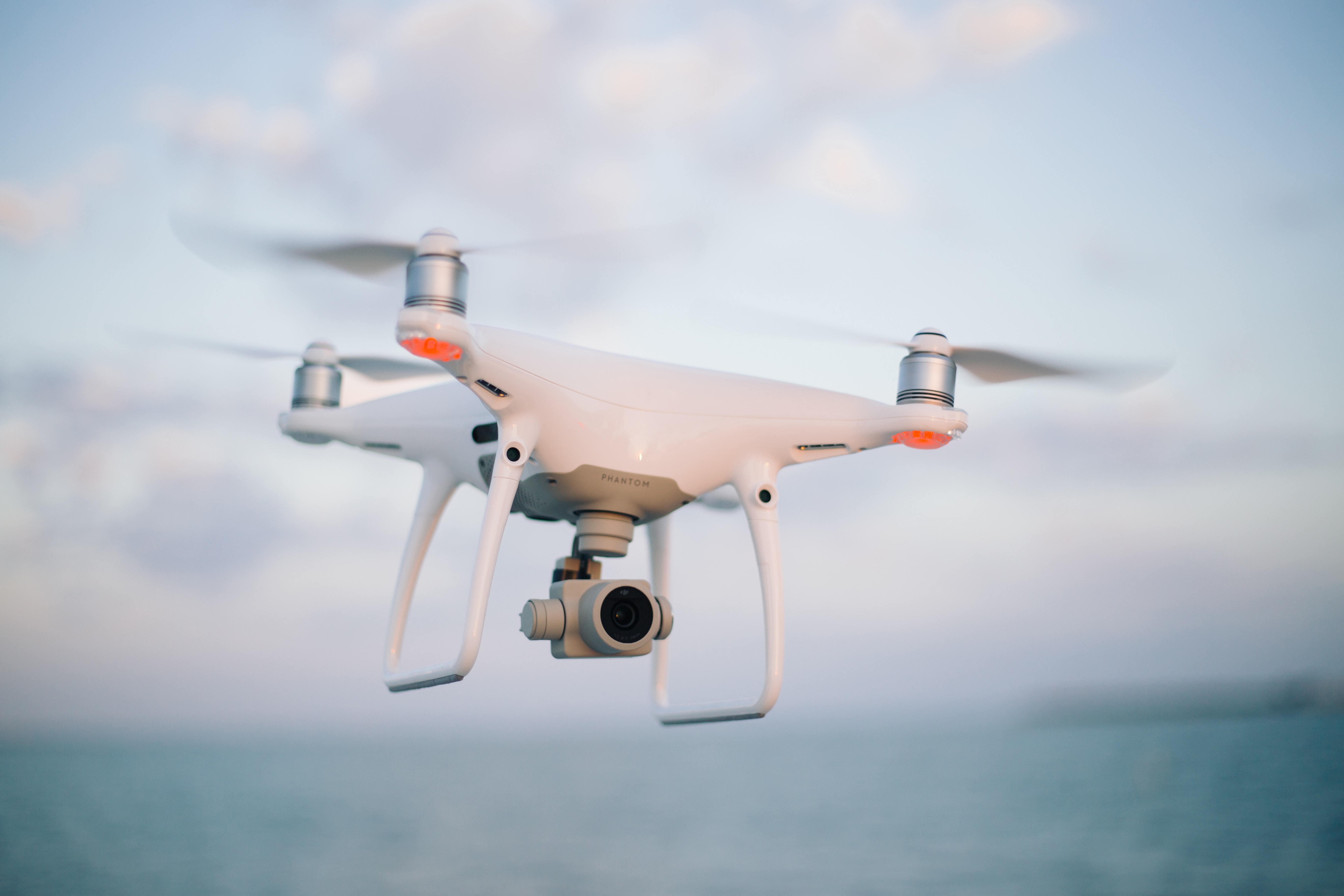 Once upon a time, technical evolution happened at a pace where labour markets evolved organically alongside them.

But the explosion of new technologies and the speed of enterprise creating and adapting that tech has left the labour market in a state of flux.

Just how are startups, those creating products, systems and ideas that have never before existed, meant to hire the right people to help them grow?

At Think & Grow, we work everyday with founders around Australia who are defining themselves as ‘category creators’ and who operate at the bleeding edge of deep technology and business.

In a bid to understand how they hire for jobs that have never before existed we asked three rapidly growing businesses their approaches to the deep tech hiring problem.

Os Fuentes is no stranger to scouring the corners of every industry looking for software talent.

As the current Head of Talent Acquisition at Baraja, and former Head of TA for Engineering & Product globally at Atlassian, Os sees universities as one of the leading untapped pools of future talent available.

“We have some of the best universities in the world here,“ he says, pointing specifically to the local academic work around Mechatronics, Robotics and Deep learning. “However, what we look for are additional bodies of work students are getting involved outside of their formal studies (eg. extracurricular robotics competitions, Open Source code contributions etc). For us, it’s never just about the academics but how you are fostering those early examples of innovation.”

“We are plugging into that wonderful early career talent pool and giving them the opportunity to work on a commercial product.”

Perhaps more than many of us already placed in the workforce, university students know the very technological skills they learn now might be out of date in a few years.

As such, they are often primed to rapidly learn new concepts and think in a futuristic way; attitudes that are well suited to fast-pacing, rapidly evolving startups.

“We hire grads based on their skills and learning agility, that’s the pre-hire piece, as well as their problem solving abilities,” says Os.

Baraja, which develops LiDAR for self-driving vehicles, currently employs 95 people globally across two sites, and is looking to add another 80 headcount by the end of 2019.

With one office in San Francisco, close to customers, the company is committed to maintaining its headquarters in Sydney.

Os’s time at Atlassian showed him just how one tide could lift all boats.

Atlassian relocated a lot of overseas talent into Sydney HQ, and during the process Os learned that the software industry is different to mining and other older industries.

“Commercial success in those industries can be binary, or at the expense of their competitors,” he says.

“But in order for Atlassian, or Baraja, to be successful in Sydney with their growth plans and achieve commercial success, competitors are also potentially partners as well as customers and therefore need to be successful too. It is not a zero sum game.”

There are two things Os believes startups need to get right if they’re going to find the human capital, particularly from graduates, allowing their companies to grow.

The first is effectively branding your company and making employees feel part of something much bigger than themselves.

“At Baraja, we’ve broken down and identified what it means to work at Baraja and why,” he says.

“We’re always thinking about how we offer an environment for them to do their best work,” he says, adding startups who can articulate these things will score the high quality talent.”

Secondly, you must acknowledge graduates will have little commercial experience, and as such, ensure you work hard to develop programs helping them broaden those skills.

“Post hire, it’s about building a learning journey where they can quickly understand the trade offs you make when putting together and commercialising a product consumers will pay for,” he says.

Of course, the battle scars are what’s missing from an industry developing never-before-hired roles dealing in cutting edge, never-before-used technology.

“So we look for engineers who have tackled very similar complexities in advanced manufacturing and brought those to the market, or people who have dealt with complexity before and have mapped that problem solving piece out,” Os says.

“We try to identify engineering communities who have solved big audacious goals like a Cochlear, but may have never worked on LIDAR or for a mobility company. Their experiences are what’s valuable.”

As the CEO and Founder of an agtech startup, Anastasia Volkova has a difficult target to hit – she needs agronomists with PhDs, scientists adept at machine learning and data science, as well as an army of developers for modelling, building software platforms and support apps.

“Not to mention customer-orientated staff who can speak farming,” she says.

“FluroSat delivers analytics capabilities for crop management through the use of scientific modelling, AI and remotely sensed data to deliver early, accurate and actionable information on farm performance and plant nutrition. To effectively explain the benefits of using our digital agricultural platform to customers who are primarily agronomists and farmers, we need our people to understand it deeply.”

Following the acquisition of ProductionWise from GrainGrowers in 2018, FluroSat now has over 20 people in the team. But still, hiring for its hyper-technical needs have been an uphill task.

With that in mind, Anastasia designs FluroSat’s team to be international from day one. In parallel with starting a team in Sydney, the company has also tapped into a highly-trained technical talent pool in Ukraine, where the company now has a Kiev office.

It started with her own connections in the eastern European country that initially drew her attention. After attracting a Ukrainian CTO to FluroSat, who later decided not to leave the country for his young child, Anastasia built a team around him in Ukraine. The results have been encouraging.

“Our Ukrainian team’s capability to execute technical tasks, and ability to always think out-of-the-box, work smarter have resulted in major benefits for FluroSat,” says Anastasia. “Not only are they responsible when it comes to their work, they are also highly committed and motivated to deliver results. That’s why they are often highly sought after by many western companies.”

Following her success hiring internationally, Anastasia has also broadened her search here at home by looking at adjacent industries with similar focus.

“We had just hired a marketing director who has had broad experience across the marketing discipline as well as IT stack and understands how contextualised data can deliver greater benefits to users and customers,” says Anastasia.

According to Anastasia, every company needs to know their users and customers, and a viable growth funnel starts with awareness, acquisition and finally, activation and retention. The list could go on, but the difference was the product itself and Anastasia believes smart people can digest and learn difficult topics.

“You need to map your industry and the role interacting with it. The unique solution comes from finding that pattern,” she says.

Life experience and exposure also broaden the talent pool, and Anastasia always keeps an eye out for people who are in the food industry, or come from the farming or agronomy sector, or even have grown up on farms.

“Our COO, for one, has grown up on a farm and whose family is still operating farms. My grandmother had a small farm and I saw it all my life, but wasn’t necessarily involved,” she says.

“So, I’m always looking for people who are aware of what agriculture and agribusiness are.”

But she discovered that in the technology industry, businesses managers sometimes find leading people the most difficult part of their job.

“One of the issues for Cochlear and high tech in general, is a lot of people love the tech but not the people side, which involves managing and leadership,” she says.

“You have to diagnose very closely what the leadership issues are within your organisation with the talent you have now, and what you are going to need in the future.”

Cochlear recruited great people and had a really top graduate program but initially they had hardly any internal promotions.

They needed to buy-in the skills they needed for growth. However, Anne-Marie made a point of engaging the leaders to help identifying capabilities needed to achieve business goals.

As the company leaders understood the process,  they gradually became better at growing from within.

The key to this was investing in building capabilities to help staff be good leaders and managers as well as technical experts.

“Graduates were exposed to different parts of the value chain like marketing and quality and regulatory to build an appreciation for the total business,” says Anne-Marie.

During her time there, Anne-Marie worked with the executive team to define the capabilities needed to execute the growth strategy.

“I made sure the executive team were talking about talent at every quarterly executive meeting” she says.

“Any time we did strategy reviews, our talent issues were on the agenda. It became an executives’ responsibilities and they were accountable to do talent reviews with the CEO each year.”

When it comes to deep tech startups, “building manager and leader’s ability to be good “developers of others” needs to start early.

Otherwise functional silos easily stifle growth and limit movement throughout the business. Investing in leaders and enabling movement across functions will leave you with a robust and self-nurturing workforce.

When it comes to frontier technology, staring out into the abyss of talent can be daunting. But just as deep technology requires creative and out-of-the-box thinking, so too does hiring.

Whether it’s by investing time into training graduates, looking abroad for skills that align with your business direction or embedding a people-first culture in your executive, Australian startups are managing to source powerful new talent to accompany their powerful new ideas.

How To Define ‘Growth’ In A Scaling Technology Company

At Think & Grow, we investigated what “growth” means in the context of the Australian technology ecosystem.

Providing Founders, Investors, Employees and Job Seekers with the data they need to understand what fair compensation means.

How To Write A Great CV

How To Define ‘Growth’ In A Scaling Technology Company

At Think & Grow, we investigated what “growth” means in the context of the Australian technology ecosystem.